Orange and Telxius team up for transatlantic cable extension

Orange is no stranger to the submarine cable business, having invested in over 40 of them to date. It’s now teamed up with Telxius, Telefonica’s infrastructure company, to collaborate in Europe and the US on backhaul extensions for the Dunant cable.

The Dunant cable is a 6,600 kilometre transatlantic cable that connects the US to France. It is one of two private intercontinental undersea cables announced by Google in 2018 and is named after the founder of the Red Cross. Dunant uses space-division multiplexing (SDM), which will deliver a designed capacity of 250Tbit/s. Google also announced the Curie cable, which spans between the US and Chile, at the same time. 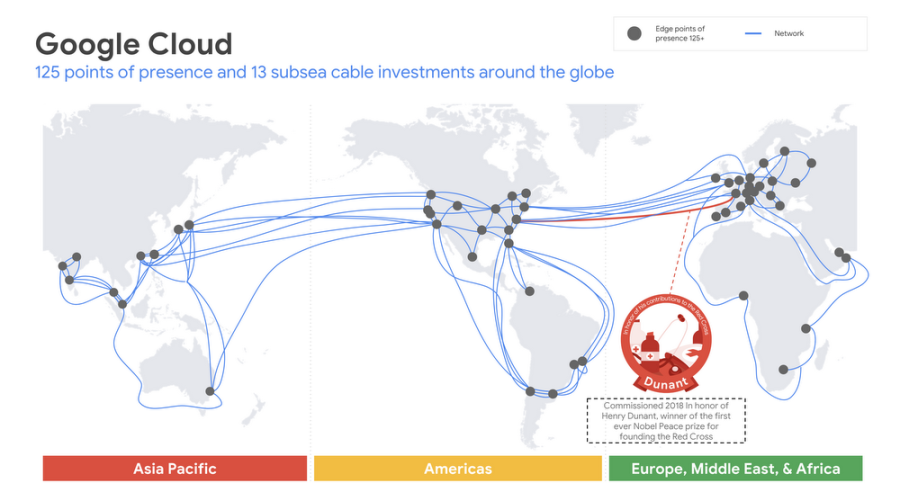 Orange and Telxius have said they will offer co-location services at their respective Cable Landing Stations in Saint-Hilaire-de-Riez (France) and Virginia Beach (US), with the collaboration enabling both companies to provide multi-terabit capacity on the Europe-US route. This will help them meet the needs of key customers, such as media firms and third-party operators.

“We are pleased to announce this agreement with Telxius, which will allow us to provide our customers with very high capacity end-to-end services, as well as network redundancy, on the strategic transatlantic route. We’ll be operating two fibre pairs of over 30 terabits per second between France and the USA. It’s a valuable extension to Orange’s global network joining our Atlantic and Mediterranean routes to Africa, the Middle East and Asia with guaranteed best in class quality of service,” commented Jerome Barré, CEO of Orange Wholesale and International Networks.

Telxius operates an 87,000 kilometre international network of high-capacity submarine cable, including the two largest capacity systems in the world – MAREA and BRUSA. In 2019, it built its Derio Communications hub in the north of Spain, a combination of an expanded cable landing station and a fully-fledged PoP. This provides a one-stop shop for leveraging the MAREA transatlantic cable. Telxius is also working in partnership with America Movil to boost communication services in the Pacific Latin American region by investing in a new submarine cable that will go live by the end of 2020.

Teresa is the Chief Analyst at Omnisperience and has over 25 years' experience in the telecoms and technology markets. She is an expert on SME and enterprise telecoms, and has considerable vertical market expertise. Her research focus lies in helping B2B telecoms firms become more commercially successful by better understanding and meeting their customers' needs. She is a judge of the GSMA Global Mobile Awards (GloMo's) for customer experience and enterprise innovation, and for the UK Cloud awards. You can follow her on Twitter @teresacottam